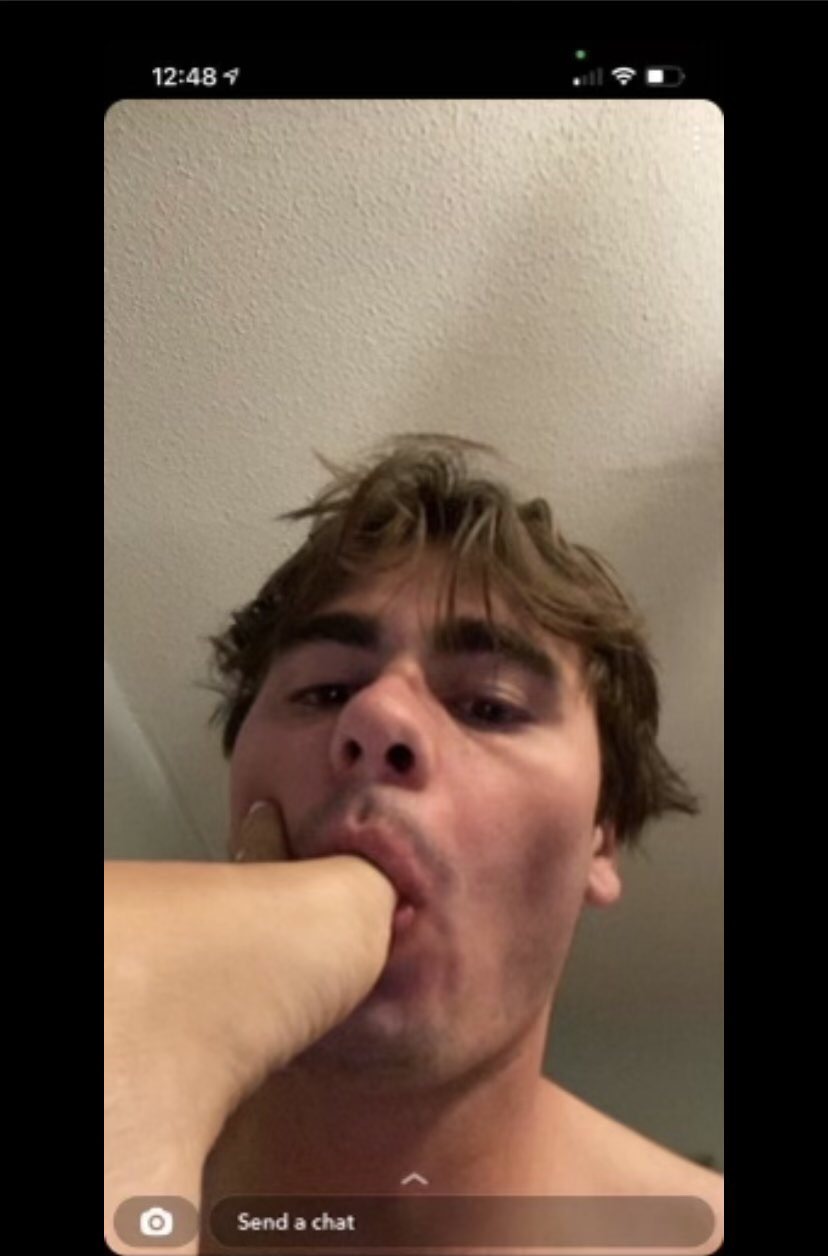 The infamous toe-sucking image originally came out on a Reddit post on r/CFB and it made me wonder, is this image real or fake?

All the schools that we have faced thus far have seen this image and have tried to make fun of it. Pitt fans held up massive pictures of it during the Backyard Brawl. Virginia Tech fans did the same in Blacksburg. Barstool Kansas said the following about the image before WVU’s 55-42 loss in OT:

It has really become a meme and legend both on campus and with rival fanbases. Most WVU fans think it is awesome and is funny and have embraced it. As for our rivals, it has come as a source of mockery.

No matter what you think about it, it is the most legendary thing on campus since the “Mountaineer Nation, Let’s Ride” video that JT starred in that was posted by WVU Twitter.

As for the origin? It is rumored to be a leaked Snapchat DM from fall camp, which immediately went viral. It was a bit of a WEIRD image that had surfaced this season, but it adds just a little bit of spice to this already INSANE season of football!

It’s truly an unsolved mystery that we will continue to dig to uncover.